Before $350 million charge, make sure power plant is the best choice for customers

Minnesota Power recently proposed to build and own a new natural gas power plant. CUB will be watching closely as the proposal goes through regulatory review to make sure that this investment would be a good deal for consumers.

Minnesota’s public utilities are monopoly companies whose investors earn a rate of return on projects like this, so state law requires the Public Utilities Commission (PUC) to review proposals. All decisions must be in the best interests of the customers who ultimately foot the bill.

Get involved: Decision makers will need to hear from Minnesota Power customers as this plant moves through the review process. If you’re interested, sign up below.

About the proposed plant 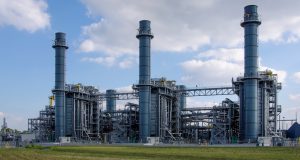 Review of the proposal

Usually, an every-other-year planning processes determines if utilities need additional electricity generation. These “integrated resource plans” set out the amount of power that a utility needs and the most cost-effective way to get it.

Minnesota Power’s last integrated resource plan, finalized last year, did not show that more natural gas was needed. To the contrary, the PUC directed Minnesota Power to conduct “a full analysis of all alternatives” to natural gas generation in its next plan, to see if another option would be less expensive. Before then, the PUC stated that there is “no presumption that any or all of the [natural gas] generation” Minnesota Power might propose would be approved.

Instead of approving the proposal right now, the PUC has initiated a technical review of the plant. The review will conclude with a recommendation to the PUC next summer, and the PUC will approve or deny the plant at that point.

The questions at hand

A natural gas power plant is a big, long-term investment. It carries the price of construction, plus the cost of the financing for that investment, and the cost of the fuel to run the plant. The fuel cost is passed directly through to customers on monthly bills, and fuel prices are unpredictable, which adds a risk for customers over the multiple decades that a plant like this would be expected to operate. Finally, we need to take every opportunity for carbon-free energy when it can be the same price or cheaper than fossil fuels.

From a consumer perspective, there are two main questions.

If Minnesota Power needs more power generation, and if this plant is the most cost-effective way to supply that power, the plant should be approved. If the power isn’t needed, or there are cheaper and cleaner options, then it should not be.

CUB is watching this process closely, and we’ll keep you informed as it develops.

Sign up below if you’re interested in being involved. We’ll tell you when there are opportunities to make your voice heard in writing or in person.

2 Responses to "Before $350 million charge, make sure power plant is the best choice for customers"