Last month, Great River Energy (GRE) announced that 50% of its electricity supply will come from renewable resources by 2030. This will more than double the power cooperative’s current renewable generation over the next 12 years. 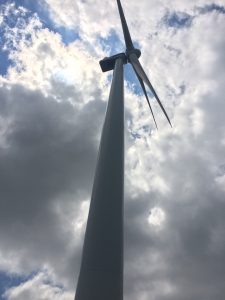 GRE, based in Maple Grove, is Minnesota’s second-largest electricity generator behind Xcel Energy, which announced last year that it will reach 85% carbon-free energy on the same timeframe. GRE is owned by 28 member electric cooperatives, which provide power to 685,000 members throughout Minnesota. If you live in the Twin Cities suburbs or rural Minnesota, odds are good that your electricity is produced by GRE.

GRE’s announcement is fantastic news for consumers. A faster transition to clean energy means not only cleaner air but also savings on electricity bills.

GRE, like many utilities, has found that renewable energy is the best way to keep electricity costs low. “Renewable energy, particularly wind, is Great River Energy’s lowest-cost option for new generation resources,” according to the cooperative. GRE expects that wholesale power rates will grow more slowly than the rate of inflation over the next decade.

Transitioning to renewable energy, of course, will also dramatically reduce greenhouse gas emissions. Minnesota law sets a goal of reducing total greenhouse gas emissions to at least 30% below 2005 levels by 2025, and 80% by 2050. The state is currently falling short of its goal, but the electricity sector is making the greatest progress. In order to meet the goal, electricity generation will have to reduce emissions beyond 80%, and the state will need to increasingly use electricity to power transportation and for other purposes.

Fortunately, utilities like GRE are taking advantage of cheap, clean renewable power. We look forward to GRE meeting or exceeding its 2030 goal, and continuing to grow renewable power going forward.