At the request of the Citizens Utility Board, Governor Dayton has declared October Energy Awareness Month in Minnesota. With this proclamation, Governor Dayton is emphasizing the importance energy plays in our lives and in the economy of Minnesota. Minnesota has been a leader in creating an energy supply that is cheaper, cleaner, and more reliable. Below are some of the specifics that make Minnesota a great state for energy:

While Minnesota has been a leader in building a 21st century energy system, this proclamation also highlights that we still have a long way to go. A lot of energy still goes to waste – which means we have a lot of opportunities to save money and cut pollution through energy efficiency. Renewable energy continues to get cheaper, and the electric system can reliably handle a lot more. Greenhouse gas emissions are still far higher than the goals set by state law, and more efficiency and renewable energy will get us closer.

Energy Awareness Month comes at a perfect time for Minnesotans with winter right around the corner. Celebrate Energy Awareness Month with savings on your energy bill! CUB’s energy efficiency resource page offers many tips to get you thinking about how to prepare your home for the incoming colder temperatures, save money, and reduce your carbon footprint. 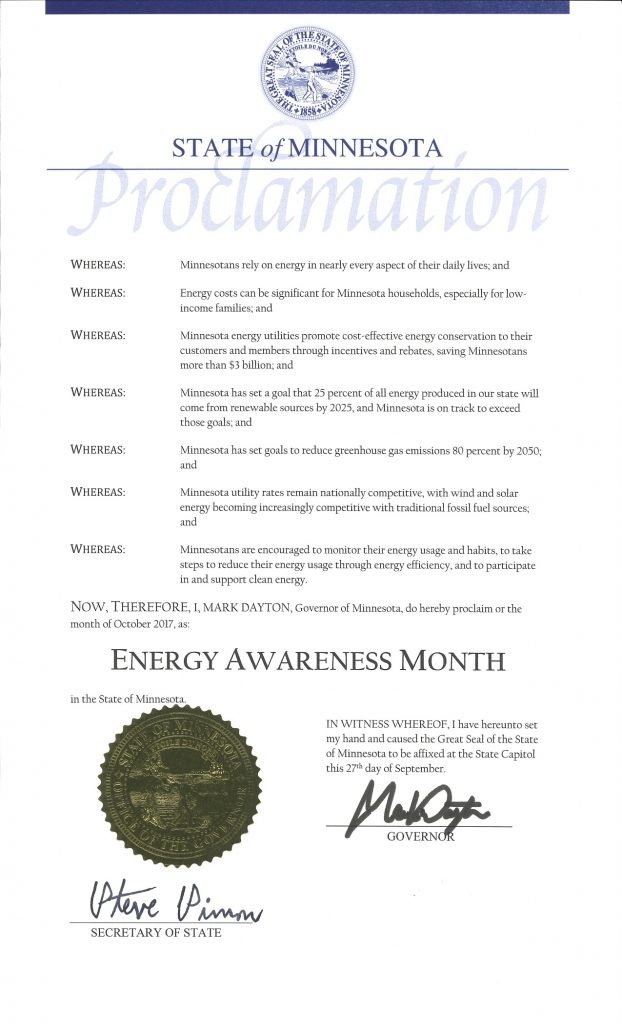