As readers of this blog know, last year, I represented CUB on a state task force to identify consumer protections that would be needed to allow Property Assessed Clean Energy (PACE) financing for Minnesota homeowners. PACE allows property owners to make energy improvements by taking out loans that they then repay through their property taxes. 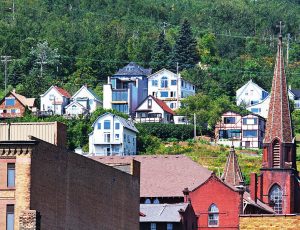 CUB consults with a lot of Minnesotans who are interested in making their homes more energy efficient and/or getting renewable energy. We strongly support options to help consumers save money and reduce their energy emissions.

However, significant consumer concerns led us to support a bill last year that put a hold on the authority for companies to offer residential PACE. The bill initiated a task force to look into what consumer protections should be included in the program.

Thanks to this work, a new bill to reauthorize residential PACE has now been introduced by Senator Pratt and Representative O’Driscoll (SF 3245 / HF 3688). Among its provisions, this bill would:

Not all task force members agree with the introduced bill. At the conclusion of the task force, there was not total agreement on the best package of policies to enable residential PACE financing without undue financial risk for consumers.

CUB believes that this bill appropriately balances those interests, and the bill is being championed by task force members the Legal Services Advocacy Project; the state associations of bankers, credit unions, and Realtors; and Center for Energy and Environment.

Other task force members including Lender Renovate America, Clean Energy Economy Minnesota, the MN Solar Energy Industries Association, and other groups prefer a number of changes, including allowing the PACE lien to be superior to the mortgage.

CUB submitted a letter to Senator Pratt, Representative O’Driscoll, and the members of the Senate and House energy committees in support of this bill. View the letter here.