Bill hike could be coming for Minnesota Power customers

Minnesota Power customers could soon be paying about 6.7% more on their electric bills under a proposal approved yesterday by the Public Utilities Commission (PUC). The money would be used to reduce electric costs for 11 industrial customers by 5%.

This industrial subsidy, and the associated charge for other customers, is possible under a law passed in 2015 for “energy-intensive, trade-exposed customers.” It’s intended to help the northern mining and forest industries lower their costs and consequently increase production, which would in turn result in increased electricity sales. The charge would show up as a separate line item on customer bills.

If the EITE discount results in increased production as intended, and Minnesota Power’s sales increase as a result, the utility must refund those additional revenues back to the customers who bear the cost of the program.

If the discount doesn’t result in increased production and increased electricity sales, it can be cancelled early, so that customers won’t be charged for a subsidy that’s not actually helping the local economy. CUB thinks it’s unlikely that the EITE discount will be a major factor in industry production. In fact, taconite production is already expanding because of industry factors — nothing to do with electric costs — showing the EITE discount isn’t even necessary.

You may be exempt

Low-income customers are exempt from this charge. If you are eligible for LIHEAP (energy assistance), make sure Minnesota Power knows, so that you are not charged if an when the program goes into place. You do not need to have received energy assistance to qualify — only to be eligible based on your family income. If you qualify but you pay for the EITE charge in error, you may be able to get a refund.

Minnesota Power has also asked for a general rate increase, which is under review at the Public Utilities Commission (PUC). The company has dialed back their request from an 18% to a 15% increase on residential customers, because of the uptick in industrial production. The actual rate increase that’s approved by the PUC will probably be something short of that amount.

Here’s a summary of recent, coming, and potential changes:

Join us March 21 for more information 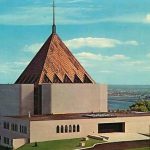 CUB will be in Duluth to explain these changes and to help you prepare for increased bills. We’ll show you how to read your utility bills, which costs you have control over, your best options for saving money, and how to take advantage of efficiency and renewable energy opportunities. You can also make an appointment to talk one-to-one with a CUB expert at the utility bill clinic.

Find out more and register today.