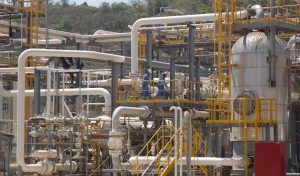 Xcel Energy, an investor-owned utility based in Minneapolis, is about to make the deal of the century thanks to pork barrel politics in the Land of 10,000 Lakes.

In January, the Minnesota Public Utility Commission, which regulates the state’s utility monopolies, said it would initiate a proceeding to examine the wisdom of Xcel Energy’s proposal to build a 780 megawatt (MW) combined-cycle natural gas plant. The facility, which is expected to cost more than $1 billion, would replace two coal-fired electric generating plants located in Sherburne County and slated for retirement over the next decade.

In an Order issued on January 11, 2017, the Commission stated that:

Xcel wishes for the Commission to approve an approximately 780 MW combined cycle facility at a particular location . . . The Commission is persuaded by the argument that, given the [coal plant] retirement dates of 2023 and 2026, it is premature at this time to determine with specificity the fuel type and location to address the identified . . . capacity need. The Commission is not persuaded that alternatives to the reliability concerns raised by Xcel have been fully considered, and believes there is adequate time to explore other resource options and consider the relevant socioeconomic factors without jeopardizing the feasibility of Xcel’s preferred plan to build a combined cycle unit . . . The Commission will authorize a certificate of need process to evaluate options for addressing this anticipated need. The process will allow consideration of resources or resource combination alternatives that meet the identified resource and reliability need without prejudging or foreclosing Xcel’s preferred plan.

Before the ink was dry on the Commission’s Order, Republican Rep. Jim Newberger, whose district includes the area where the natural gas plant would be built, had introduced a bill to undercut the Commission.

The bill would give Xcel Energy authority to construct, own, and operate an electric generating plant fueled by natural gas without obtaining a Certificate of Need from the Commission, according to the legislative summary. The bill was approved by the Job Growth and Energy Affordability Policy and Finance committee. A companion bill will be heard in the Senate.

Meanwhile, consumer advocates and large industrial users are calling on the state legislature to kill the proposed legislation.

“This is certainly unusual, if not unprecedented,” said Annie Levenson-Falk, executive director of the Citizens Utility Board, a consumer advocacy nonprofit focused on utility issues. “Our concern is that Xcel would get permission to build the plant without going through the process of discovering whether it is the least-cost alternative . . . It’s the only way to make sure ratepayers aren’t getting charged too much money.”

William Pentland is a Partner at Brookside Strategies, LLC, a consulting firm in Portland, Maine that focuses on issues in utility regulation, market strategy and energy policy.