Bills have been introduced in the Legislature that would allow Xcel Energy to build a big power plant in Sherburne County, a project usually decided by Minnesota utility regulators, not written into state law.

In fact, Xcel has a proposal for the plant pending before the Minnesota Public Utilities Commission, or PUC, that was put on hold in October. That concerned area legislators, who are worried about the area’s economy if the plant isn’t built.

The Minneapolis-based utility wants to build a 786-megawatt natural gas-fired plant in Becker, Minn., to partly replace the power lost when it shutters two big coal-fired plants there.

In October, the utilities commission approved the closure of Xcel’s two 680-megawatt coal generators in 2023 and 2026, a landmark for reducing carbon emissions in Minnesota. Although the commission didn’t seem averse to a gas plant — which emits about half the greenhouse gases as a coal plant — it asked for more study of cost-effective renewable energy alternatives.

Bills were introduced this week that said “a public utility may, at its sole discretion, construct, own and operate a natural gas combined cycle electric generation plant” in Sherburne County on land that the utility already owns.

“This is certainly unusual, if not unprecedented,” said Annie Levenson-Falk, executive director of the Citizens Utility Board, a nonprofit consumer advocacy group in utility matters. The Public Utilities Commission is the proper forum to make a decision on an individual power plant, and the bills essentially represent an end run, she said.

“Our concern is that Xcel would get permission to build the plant without going through the process of discovering whether it is the least-cost alternative,” Levenson-Falk said. “It’s the only way to make sure ratepayers aren’t getting charged too much money.” Rate payers help pay for major capital investments by utilities. 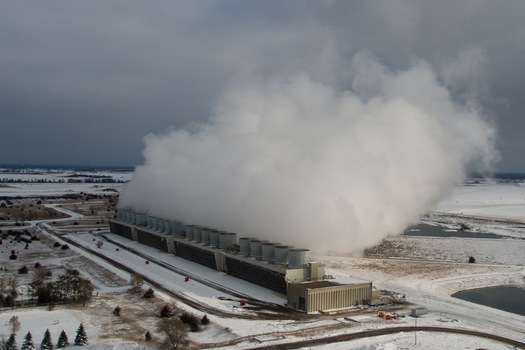 Xcel said in a statement to the Star Tribune that the utilities commission “will still review our plans, particularly as they relate to the cost of the plant.” The House and Senate bills both state the commission must approve the utility’s recovery of costs for plant construction and operation.

Xcel estimates the plant will cost about $800 million, not including any new pipelines needed to supply natural gas.

As for its legislative approach, Xcel said “the Legislature often weighs in on resource decisions and has a history of taking actions on various energy resources by state law, outside the PUC process, including wind, solar and biomass.”

At an October meeting, the PUC determined there will be a need for about 750 megawatts of power capacity after both of Xcel’s Becker coal generators are closed. (A megawatt is a million watts).

The Minnesota Commerce Department, which weighs in on regulated utility matters, told the utilities commission that a combined-cycle gas plant of 750 megawatts would be a “least cost” resource, and that Xcel had laid out a good case for such a plant in Becker. However, the department didn’t make a recommendation on Xcel’s proposal.

The House bill was introduced by Jim Newberger, R-Becker, who has criticized the commerce department and the Public Utilities Commission for creating uncertainty among workers at Xcel’s plant, as well as in the community itself. Xcel is a significant economic force in Sherburne County, both as a taxpayer and employer, and its Becker plant houses the utility’s largest power generators of any kind in Minnesota.

“I am very disappointed with the PUC in their decision [on the gas plant],” Newberger said. “I don’t think it’s in the public’s best interest. … Legislative action is the best course at this time.”

The lead author of the Senate bill, Andrew Mathews, R-Milaca, also represents the area near the Becker plant. Both bills are likely to get hearings as early as next week.