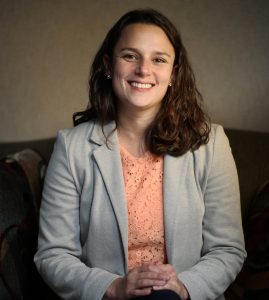 CUB) has represented ratepayers since 1984. The Illinois CUB was created by that state’s legislature to represent the interests of consumers and small businesses in rate cases. Here in Minnesota, two government bodies — the attorney general’s office and the commerce department — officially look out for the public interest in rate cases. But there are nonprofit groups that still represent consumers — particularly elderly and low-income residents — as well as those that push for clean energy. Minnesota CUB, which opened its doors in June, will do both, though its primary focus is rates. The Minneapolis CUB is a separate organization from its counterpart in Illinois. The organization was created with a two-year, $400,000 grant from the Minneapolis-based McKnight Foundation, one of the country’s largest foundations. CUB Minnesota’s first project has been working on Minnesota Power’s rate proposal that would increase residential customers’ bills after industrial customers, especially on the Iron Range, see a decrease. Annie Levenson-Falk was hired as CUB of Minnesota’s first executive director. She has an extensive background in energy policy, previously working with Minnesota’s Citizen’s League and the state’s Legislative Energy Commission, The Star Tribune talked with her recently at CUB’s downtown St. Paul office.

Q: Why did CUB come to Minnesota?

A: They were asked to. The folks at CUB in Illinois were talking with people who work in energy and clean energy in Minnesota for a number of years before they basically launched this organization.

The real impetus is that there is just so much changing so fast in the utility sector right now. If you just look at electrical energy, there’s all of the renewables that are really coming down in price and becoming cost competitive. There’s customer-owned generation like rooftop solar. And there are efficiencies changing the way utilities think about their business.

Q: Is CUB’s focus on rates, or is it also on clean and renewable energy?

A: It’s both. When CUB thinks about what consumers want and what regulatory people want out from our utilities, it’s energy that is affordable and clean. So we will be looking at both of those things: How do we get clean energy in the most cost effective way?

Q: What if ratepayers’ interests and clean energy interests are at odds?

A: It’s a balance and we will look at it on a case-by-case basis. But there will be times when CUB doesn’t agree with environmental advocates or traditional rate payer advocates.

Title: Executive director of the Citizens Utility Board of Minnesota

Q: What was your first project in Minnesota?

Q: Xcel has a major rate case pending, which currently includes a 6.1 percent rate increase over four years. Will that be something you will be following closely?

A: The Xcel rate case has been going on since 2015, before CUB was formed. It was already in process. So we haven’t been as actively involved in that case, but we are following it.

Q: What other major energy issues do you see CUB addressing?

A: There’s a number of things, including how rates are designed and how costs are allocated across different classes of customers — industrial, commercial, residential — or within those classes. What are some different ways to design rates? Most residential electric utility customers in Minnesota have a flat rate. At any time of day, it’s the same. We could be looking at rates that change based on the time of day you are using power, or on how much power you use in a given month.

Q: With residential solar, what sort of issues do you see?

A: I think the biggest thing right now is how you fairly compensate people for solar. You want to be fair to people who own solar and fair to the other users on the system. So, the question is, what is the value of rooftop solar to the overall utility system? How do you calculate the costs and benefits? That’s a lot more complicated than it sounds, and there’s a lot of argument over it.

Q: What stands out here in Minnesota — in a good way or a bad way — for power consumers compared to elsewhere?

A: In Minnesota, I think we are a little bit ahead of average in looking forward and anticipating what’s coming so there won’t be shocks to the system. CUB and consumer groups, utilities and environmental groups are all kind of working together to see if we can get our state in the best position. I think we are more collaborative here, and that’s a real strength.

Q: Aside from energy policy and regulation, are there any other issues that interest CUB?

A: We are working on the telecommunications side — phone and internet. Broadband access in rural Minnesota is huge. Also, a really foundational part of what CUB does is outreach and direct consumer counseling. So helping people understand their bills, helping them sort through problems they might have. And in the process, we will probably identify problems that need a higher level solution, some sort or regulatory or policy change.